Blood Diamonds. Who killed Russian journalists in the CAR, and what do Putin’s Chef and St Petersburg police have to do with it?

On 31 July, three Russian media workers were killed in the Central African Republic: Russian journalist Orkhan Dzhemal, film director Aleksandr Rostorguev, and cameraperson Kirill Radchenko. They were working on a film about Wagner Group, the Russian private militia. CAR authorities have named the rebel group Seleka as suspects in the murders. Reporting by The Insider has revealed that this group has links with a Russian company connected with St Petersburg law enforcement agents. The Russian company, which is mining diamonds in the same region, is protected by Sewa Security Services, reportedly the African avatar of Wagner. Curiously, the Russian mining company’s negotiations with local representatives were led by the CAR president’s security advisor.

The CAR, one of the poorest African countries, is currently wracked by a civil war between government forces and many (mostly Islamist) rebel groups. As a result, the UN imposed an arms embargo in 2013, but Russia has secured an exemption. In March 2018, Russian Ministry of Foreign Affairs (MoFA) spokesperson Artem Kozhin said “in January and February a shipment of firearms and ammunition was delivered to government forces. In addition Russia sent 5 military and 170 civil trainers for CAR armed forces.”

Kozhin did not provide further details about the civil trainers. But French journalists have raised questions about the UN’s lack of verification concerning the volume of Russian arms deliveries and deployment of trainers. Some have asserted the Russians’ role has expanded beyond training to fighting, which is not included in their mandate. Three months ago, political scientist Aleksandr Kynev reported seeing Russians in military uniform with “We need the world, preferably all” and without the additional markings which peacekeeping forces should have. The Russians have based themselves in the residence of the deposed CAR “emperor” Bokassa in the CAR’s capital of Bangui. Media in neighboring Chad say the CAR currently host up to 1400 “Putin expansionists.”

Immediately after CAR president Faustin Arkange Tuader and Russian foreign minister Sergei Lavrov initialed the agreement underpinning the Russian presence in the CAR in Sochi on 9 October 2017. The UN arms embargo exemption was secured in December, but before that, Russians registered diamond-mining companies in the CAR. And on 7 November, Sewa Security Services (SSS) was registered in Bangui, with “defending industrial sites” as part of its corporate purpose. According to a source cited by the weekly L’Obs, SSS “informally coordinates with” the mining company Lobaye Invest, which was registered in Bangui on 25 October and is managed by Evgeniy Khodotov.

Evgeniy Garrevich Khodotov, a 54-year-old Russian, is cited on the site of the St Petersburg-based League of RUBOP Veterans (RUBOP is the Russian acronym for the Regional Agency for Fighting Organized Crime). Among other activities, the League assists its members’ job searches. Khodotov is also the former director of the St-Petersburg-based company M-Finance, created in 2015 to “mine precious gems, quartz, and mica. And The Bell has reported that in November 2016, the previously-unheard-of St Petersburg company M-Invest secured gold exploration and mining concessions in the CAR’s neighbor Sudan under an agreement with that country’s president Omar al-Bashir and Russian PM Dmitri Medvedev.

According to our sources in Bangui, in the CAR Lobaye Invest uses a Cessna 182 plane rented from St-Petersburg-based Nevskiy Airclub. By telephone, an NA staffer told us “this plane is provided only for VIP flights.” 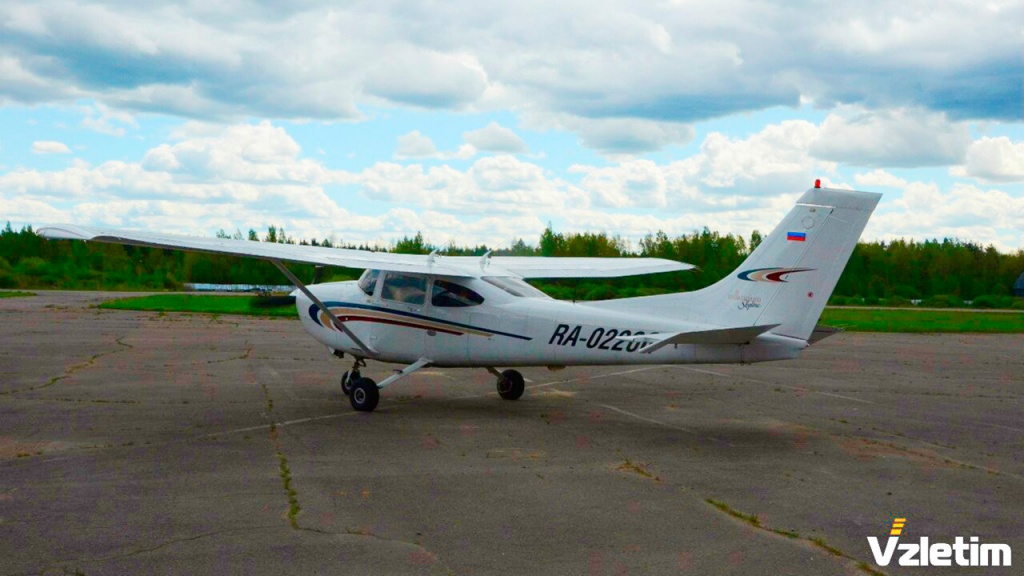 In early 2018, this Lobaye Invest Cessna 182 made several flights around the CAR—presumably to study diamond-mining opportunities and establish relationships with local elites. The plane was seen in Birao on 10 February and then in Alindao on the 16th to meet with Ali Darassa, leader of the rebel group Unity for Peace known for its especially cruel treatment of civilians (the UN has ordered his arrest, so far without result). On the 24th it was in Bria, a diamond-mining center, and on the 25th it landed in Kabo to meet with Mahamat al-Khatim, leader of the CAR Patriots’ Movement. When on 28 April locals noted its arrival in Kaga-Bandoro for a meeting with the leader of the Popular Front for the CAR’s Rebirth (a Seleka splinter group), demonstrators delayed its departure. A CAR government spokesperson said “Russian military experts” were meeting with Seleka fighters with the aim of negotiating and end to the conflict. CAR newspaper Corbeau News commented that “this laughable explanation is being used as cover for the Russians’ real mission.”

Corbeau News on 1 July published a picture of the “Russian base in Bria” and reported that having reached an agreement with Seleka, Russians are flying thrice weekly between that Seleka-held city and diamond mines. And it is Seleka that the CAR government has named as the prime suspect in the Russian journalists’ murder.

Corbeau News further reports that Valeriy Zakharov is the Russians’ representative in its Seleka operations. On 26 July, Zakharov, as “national security consultant to the CAR president,” gave a talk entitled “CAR Peace: Problems and Possibilities” at a conference in Bangui, access to which was controlled by a certain Vlad, who refused to respond to our question about his status in the CAR. But our sources tell us he is a Russian embassy employee and Zakharov’s translator. Thus, while the country’s engaged in a bloody civil war between the government and Islamists, Russian diamond hunters under diplomatic cover appear to be doing business with both sides.

Foreign observers, too, have noticed this. In April, an anonymous diplomat told a reporter of French newspaper Le Monde that Russians in the CAR are “shamelessly buying anyone who’ll open for them the necessary doors.”

Although Russians’ presence and their visits to the mining sites are hard to hide, a Tuader spokesperson denied the existence of the diamond-mining treaty with Russia, and officially, the contents of any agreements between Russia and the CAR remain secret. But Russian MoFA spokesperson Kozhin in March unexpectedly admitted that “within the framework of Russian-CAR treaties, activities aimed at mutually beneficial natural resource exploitation are being undertaken.”

The majority of Russians in the CAR are officially working for Lobaye Invest and SSS, completely legally offering security services. It would appear that after the Wagner scandals in Syria, Ukraine, and Sudan, a new form of entrepreneurship—albeit with the old actors—has been found. Africa Intelligence reports that Lobaye Invest is “cover for Wagner and Evgeniy Prigozhin.” According to its sources, Wagner personnel are shipping hydraulic pumps and water delivery equipment from Bangui to Lobaye Invest bases. Other media have reported that Wagner works in the CAR under the SSS name (which, as mentioned earlier, was registered at almost the same time as Lobaye Invest).

Wagner is a private militia led by Dmitriy Utkin (whose call sign is Wanger) which has been known to undertake operations in Ukraine and Syria. Wagner was considered to be de facto controlled by GRU (Russian military intelligence) during its work in the Ukrainian conflict (for more on that, see “MH17 – Russian GRU Commander ‘Orion’ Identified as Oleg Ivannikov”). Cooperation between Wagner and GRU has also been pointed out by Jamestown Foundation researcher Sergei Sukhankin. Wagner’s Russian training base is in the village of Molkino, in Krasnodar Krai—which belongs to GRU special forces’ Tenth Brigade and was recently refurbished by Russia’s Ministry of Defense (MoD) at a cost of USD675K.

Wagner’s staff in Syria are known to use the MoD base in Syria, and in 2016 they were photographed with Vladimir Putin at a Kremlin reception honoring Day of the Heroes of the Fatherland (Putin’s press secretary confirmed that Utkin had been invited as a recipient of the Order of Courage).

Wagner has been linked to Evgeniy Prigozhin, co-owner of Konkord and known colloquially as Putin’s Chef. Utkin is the director of one of Prigozhin’s restaurant holding companies, Konkord Management & Consulting. Employees of Prigozhin’s security service have been seen with Utkin. Prigozhin, in turn, is known for his friendship with Putin (Prigozhin’s catering company counts the Kremlin among its clients) and has financed the Internet Research Agency, Russia’s famous “troll factory” in St Petersburg.

In April, Russian newspaper Kommersant reported that Russian political consultants have been deployed to monitor social and political trends in Madagascar, South Africa, and Kenya—work financed by … Evgeniy Prigozhin.